A quick and effective method of scar tissue treatment, McLoughlin Scar Tissue Release ® (MSTR ®) technique was designed for physical therapists by Alastair McLoughlin. It may be used for any post-surgical scars, including

MSTR ® can also be used for any scarring as a result of trauma, such as a head wound or a scar on the knee.

One of the benefits of this therapy is that when you get a good response in the scar tissue – either you get the feeling restored or a sensitive or painful scar turns to normal levels again – it stays that way! The scar never reverts to its former state!

The tissue change holds, not just from one week to another, but year after year because this therapy can fundamentally change the structure of the scar itself. When that happens, the body never changes it back again.

Many post surgical scars can respond in just one treatment and this is not uncommon. Some more complex scar patterning may require additional treatments to restore the tissue to its full potential. Very large scars and older post major operation scars may need a few treatment sessions.

One interesting side-effect of the MSTR ® process is the common feedback from patients that they feel more energised after scar treatment has been carried out. Psychological and emotional states may also improve as scar tissue is treated and the patient experiences better integration and normalisation of the tissues.

As a licensed MSTR ® practitioner, I can determine fairly quickly – usually within a couple of treatment sessions – if you are responding to this technique.

After having scar release treatment with Colleen the flesh above and below the scar is much softer and more comfortable during daily activities.  I am now able to raise my arm in a smooth motion to a much higher point than before – the range and ease of movement is better than I thought possible.  The bonus is that the improvements gained will stay with me, they will not be lost over time.  Thank you Colleen for your wonderful work and magic hands.

Colleen treated my c-section scar recently and absolutely blew me away with the results! The tissue under my scar no longer feels lumpy (used to feel like I’d hidden a marble collection in there!), the whole area feels less tight and no longer painful. I was not aware that the scar had an emotional impact on me but after our session I felt so happy and like a weight had been lifted off my shoulders. I have also noticed that I have a lot more freedom of movement and feelings of length and ease through my midsection that was not there before treatment of the scar. The scar also appears less noticeable being softer and flatter. I can’t stop telling people about the miraculous transformation and would recommend Colleen to anyone with any scar tissue.

I recently had a scar treatment with Colleen and had no idea how beneficial it would be. Within minutes she lessened the raised bump and puckering of my keloid scar. After a second treatment it amazingly reduced the negative features even further, as well as the pulling I used to be aware of was gone. I feel more confident to expose my scar now that it doesn’t feel so obvious. I was truly gobsmacked at the difference she was able to create, and was appreciative of the comfortable environment she created to treat me in. This is a must treatment 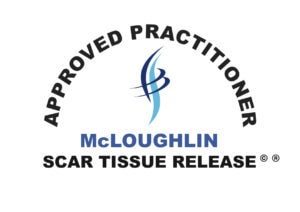